Originally Written by George Tsouris as a four-part series. 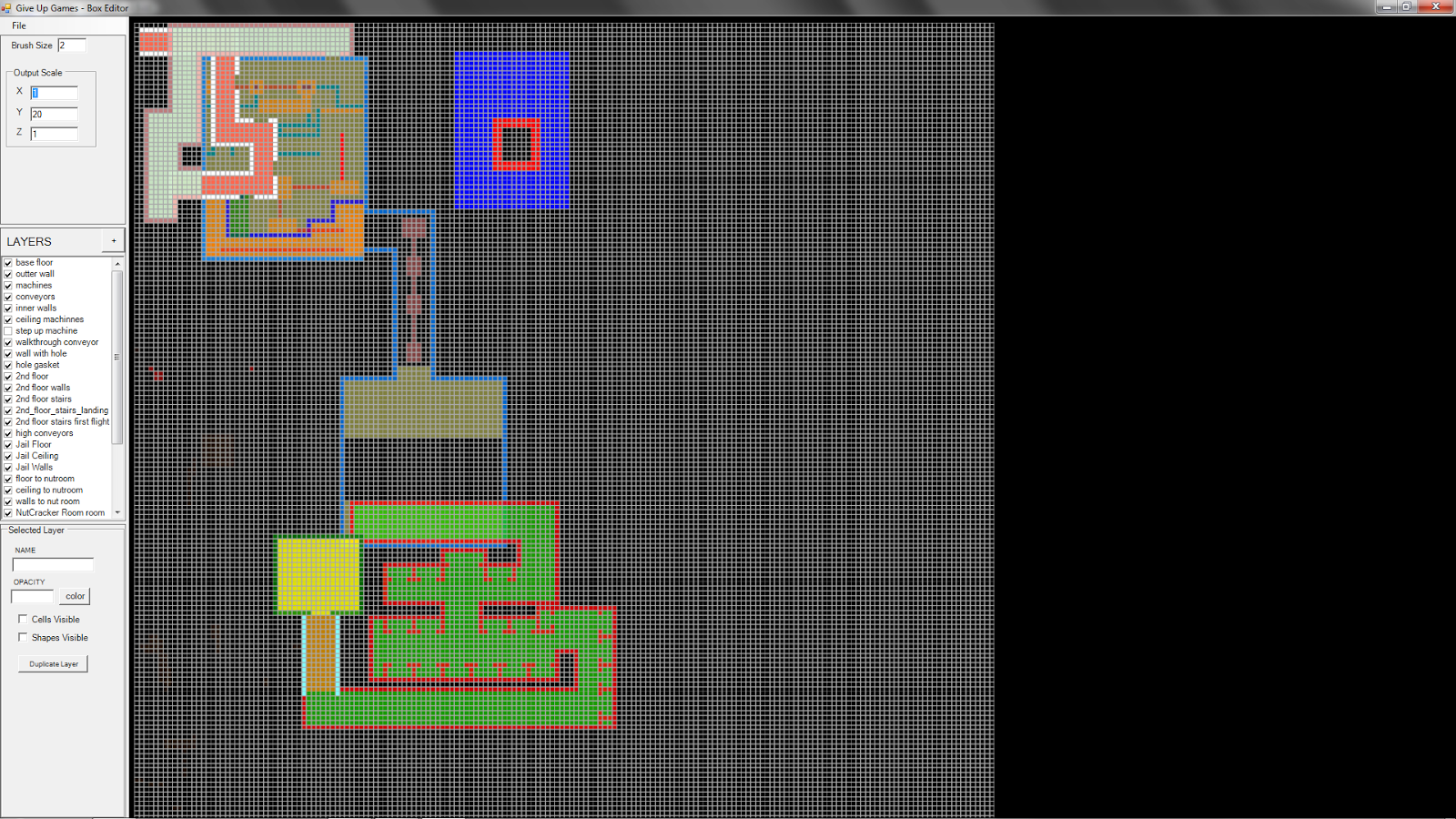 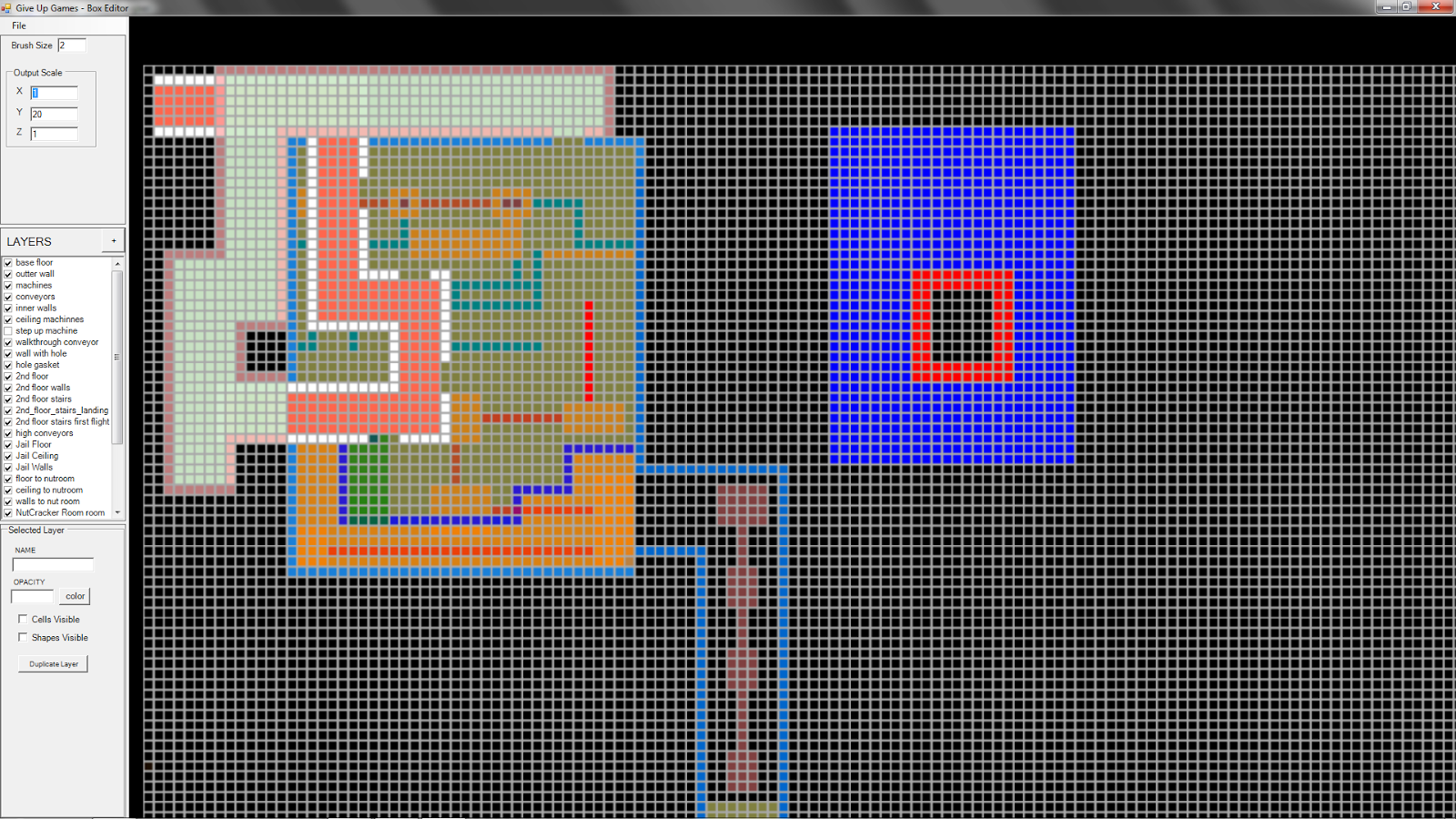 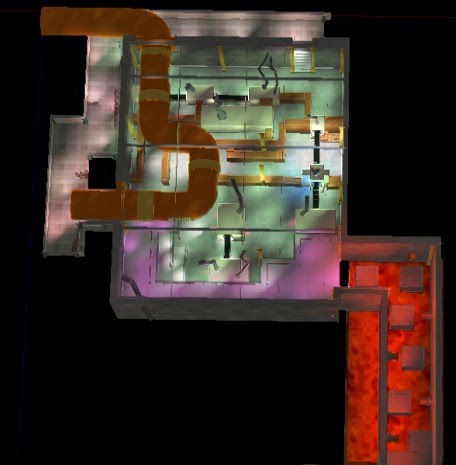 Here are some details about how the graph-paper illustration Mike designed turns into a level. 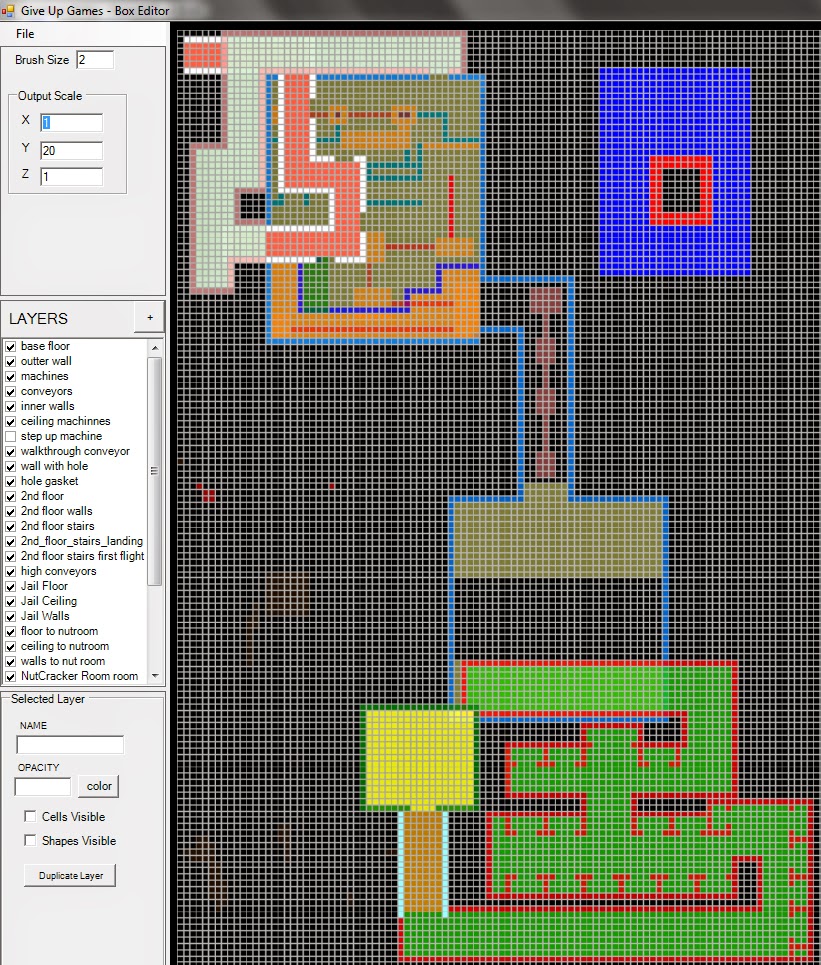 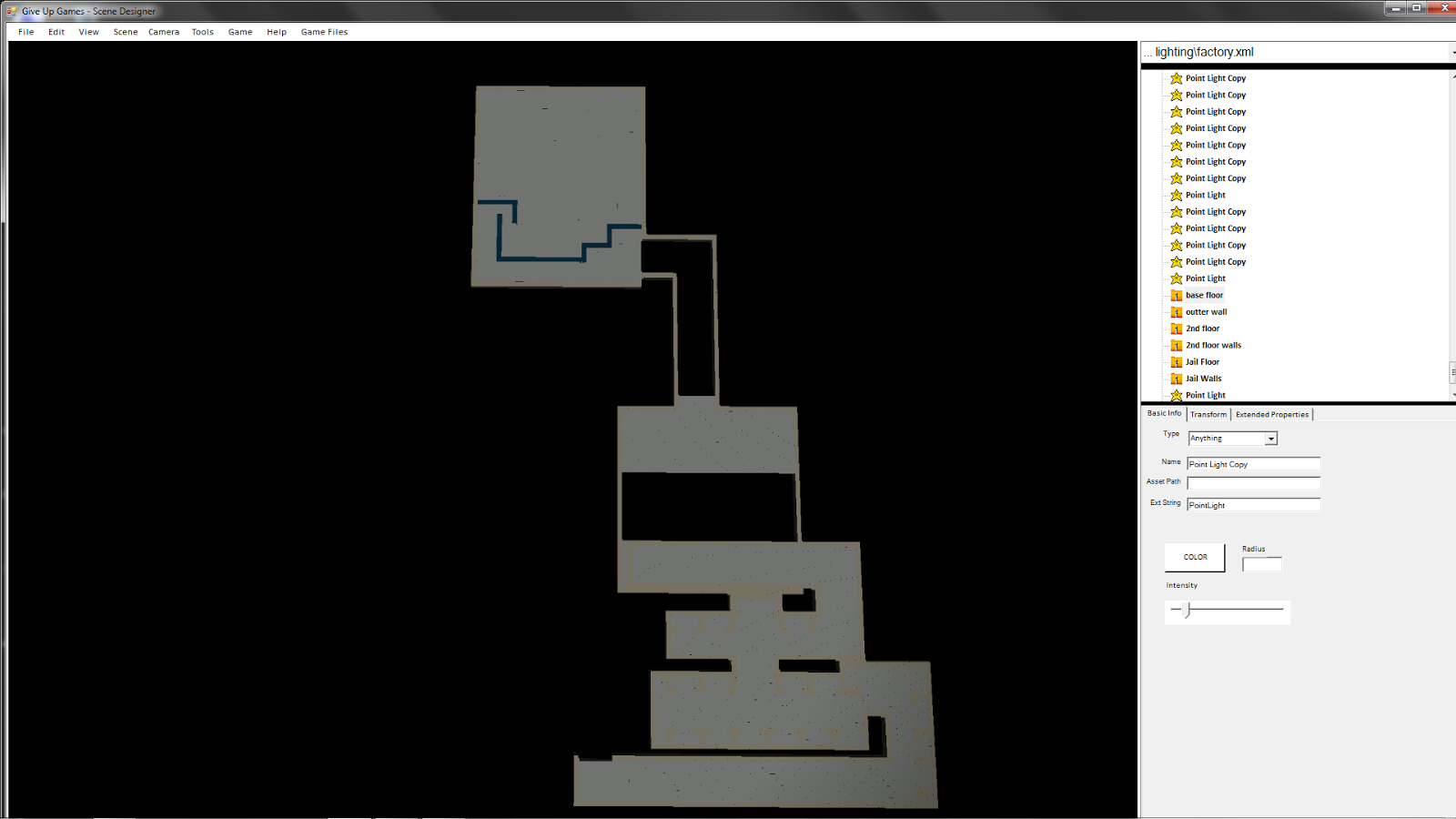 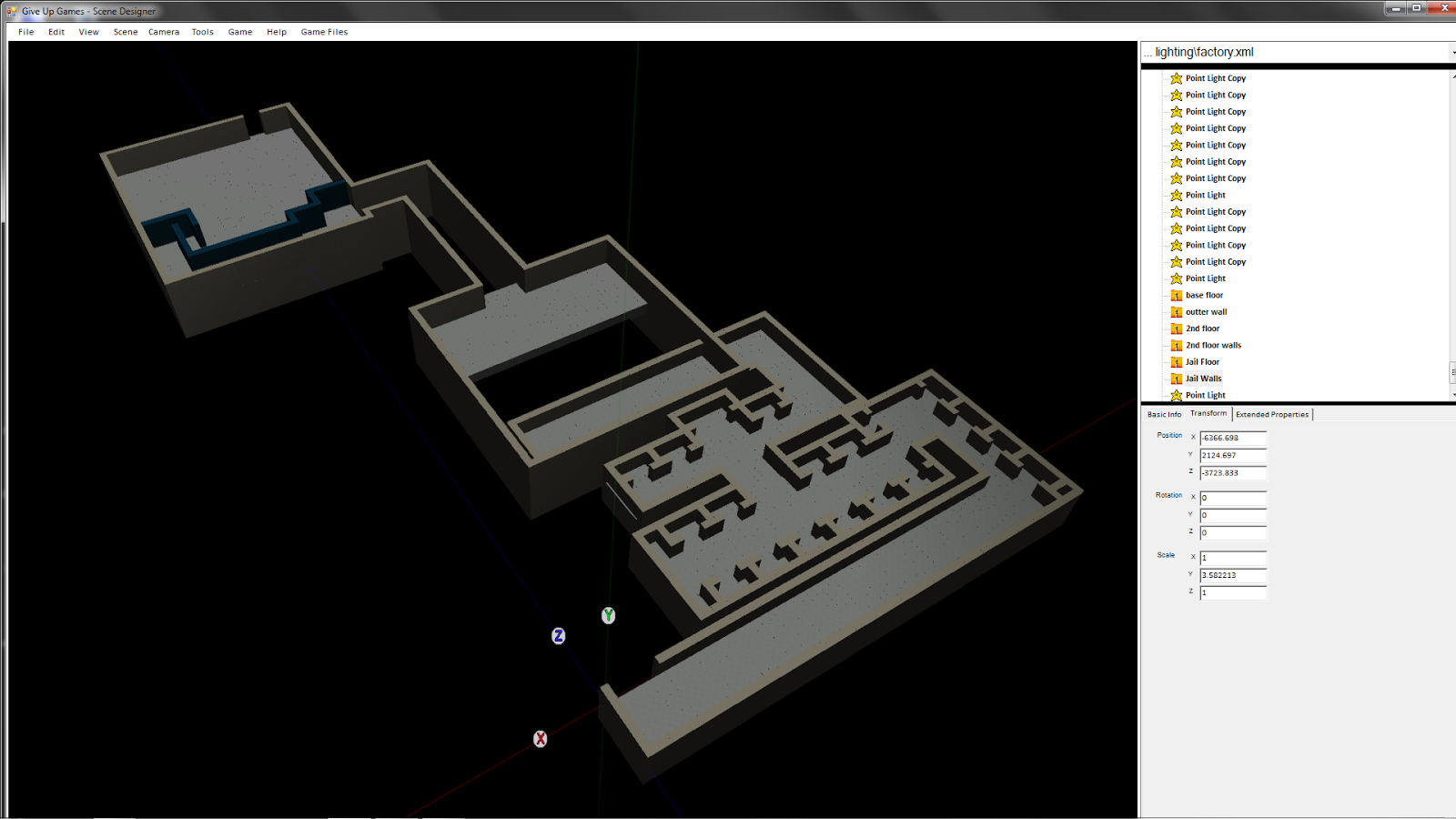 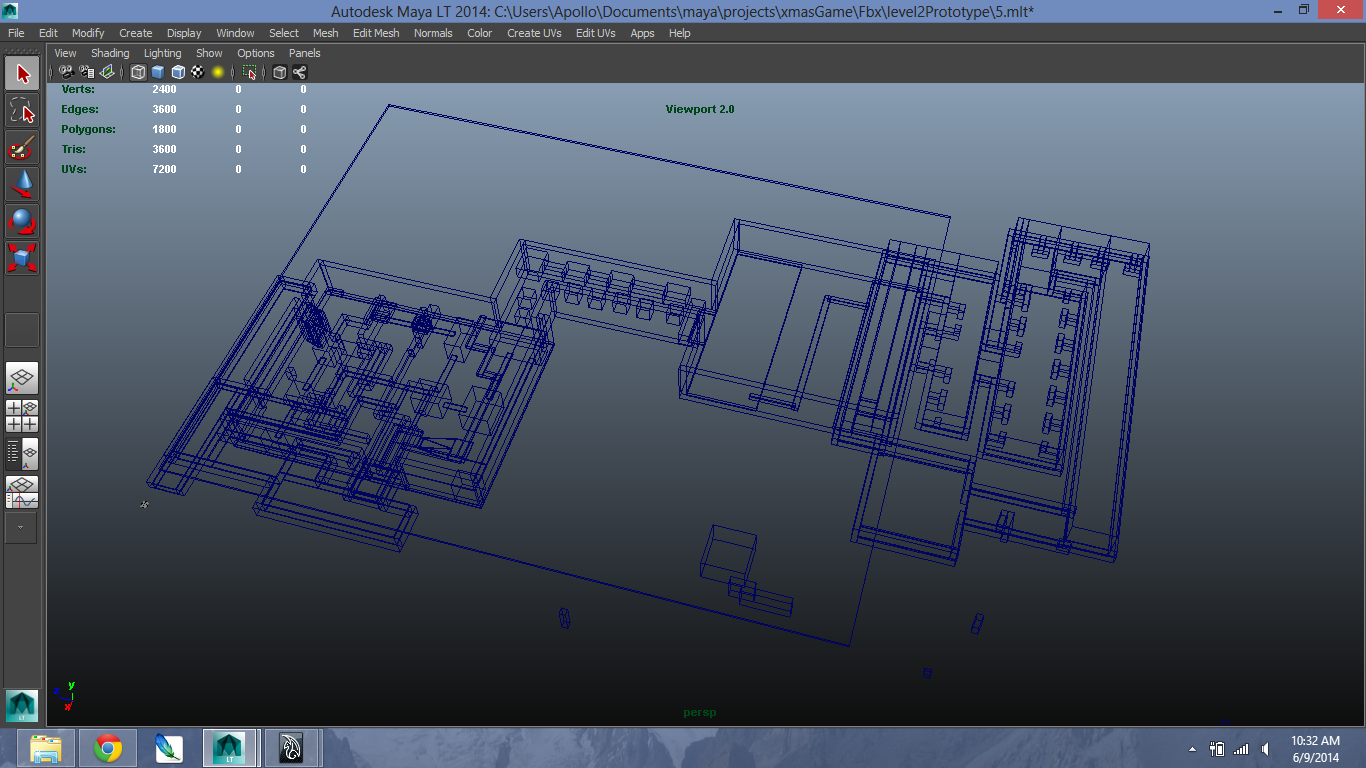 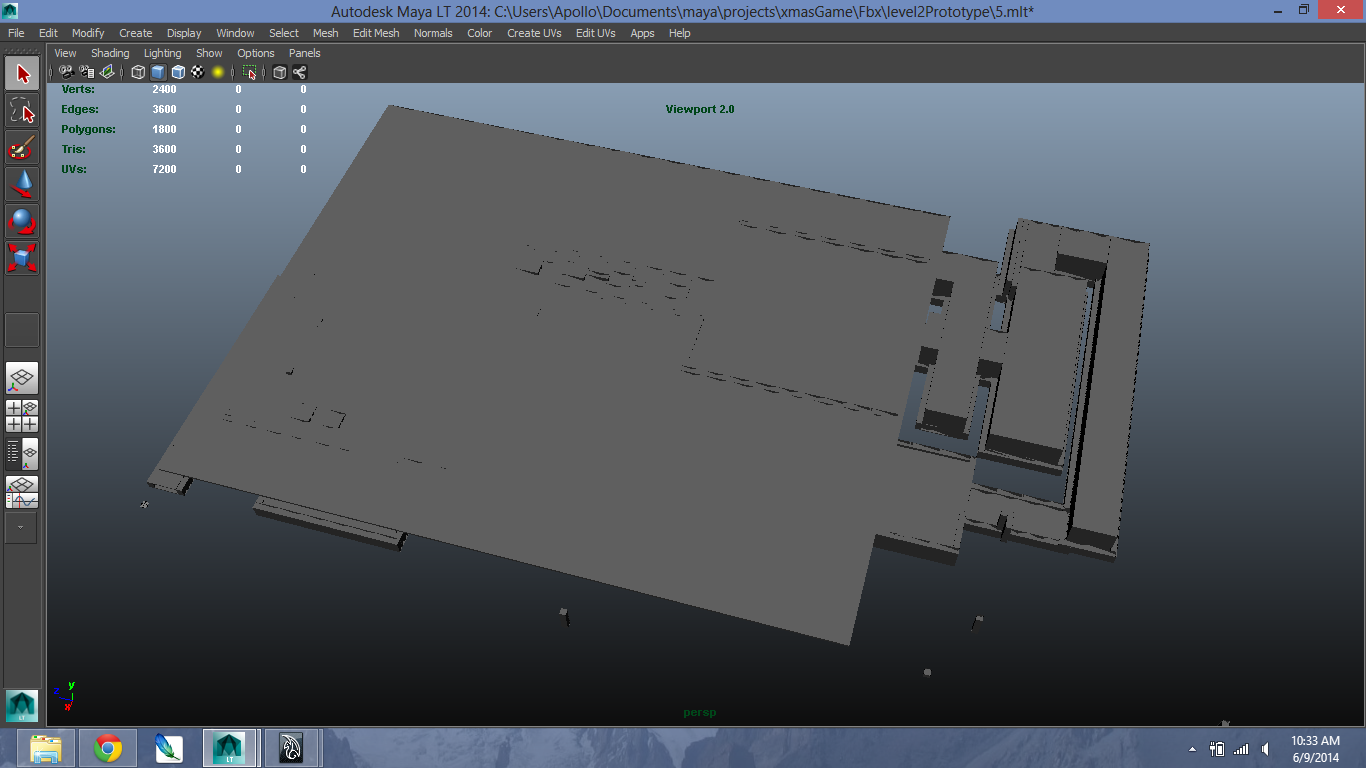 However, after talking to Mike, and a few modifications to Give Up Games Tile Editor, I was finally able to see the level for what it was. (The first thing I had to do was take out the ceilings so that they didn't obscure the view. 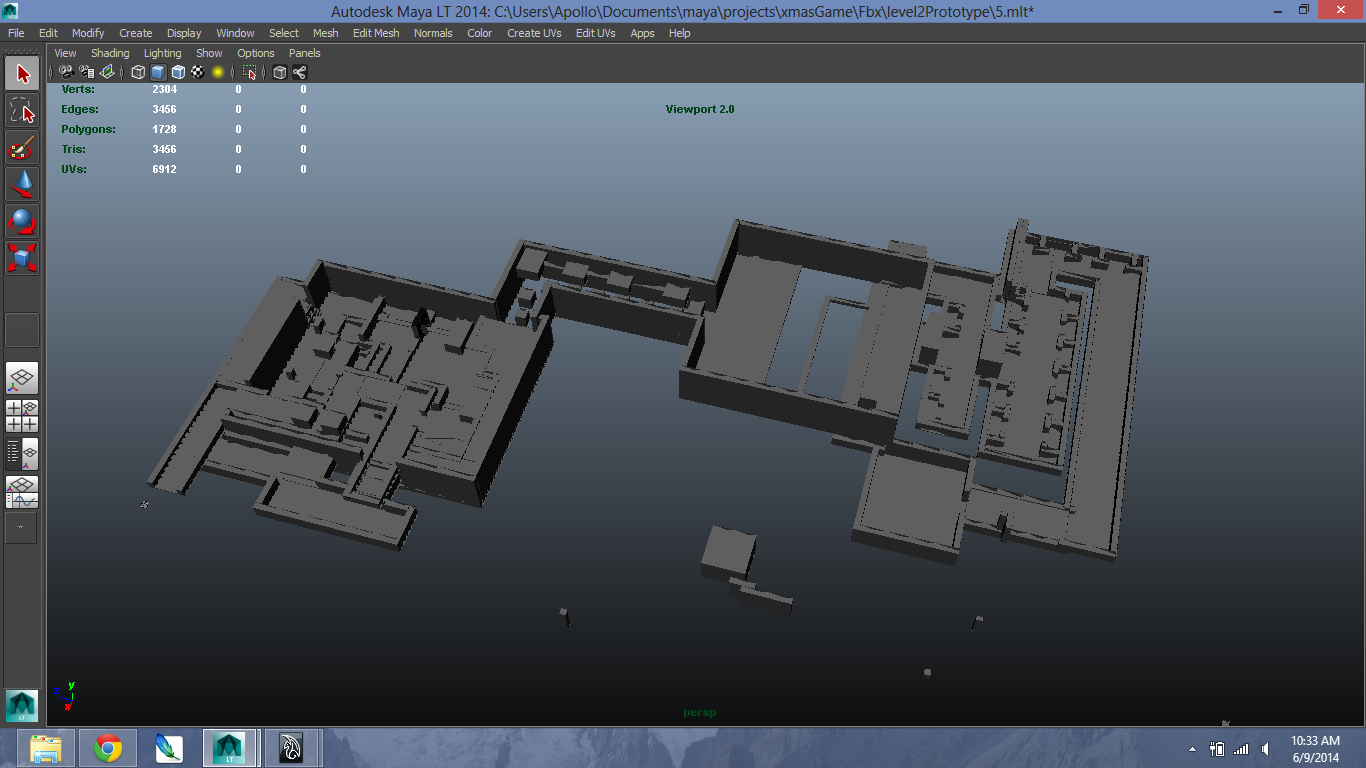 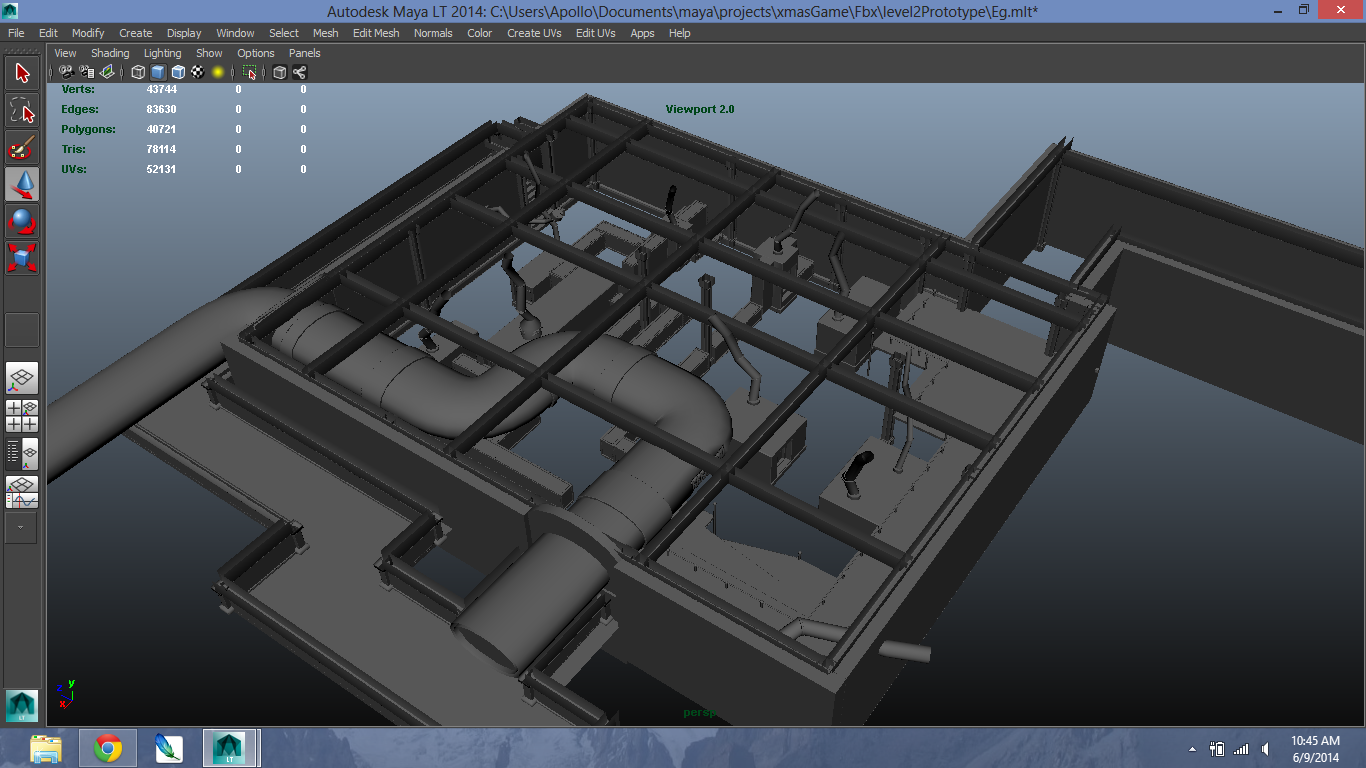 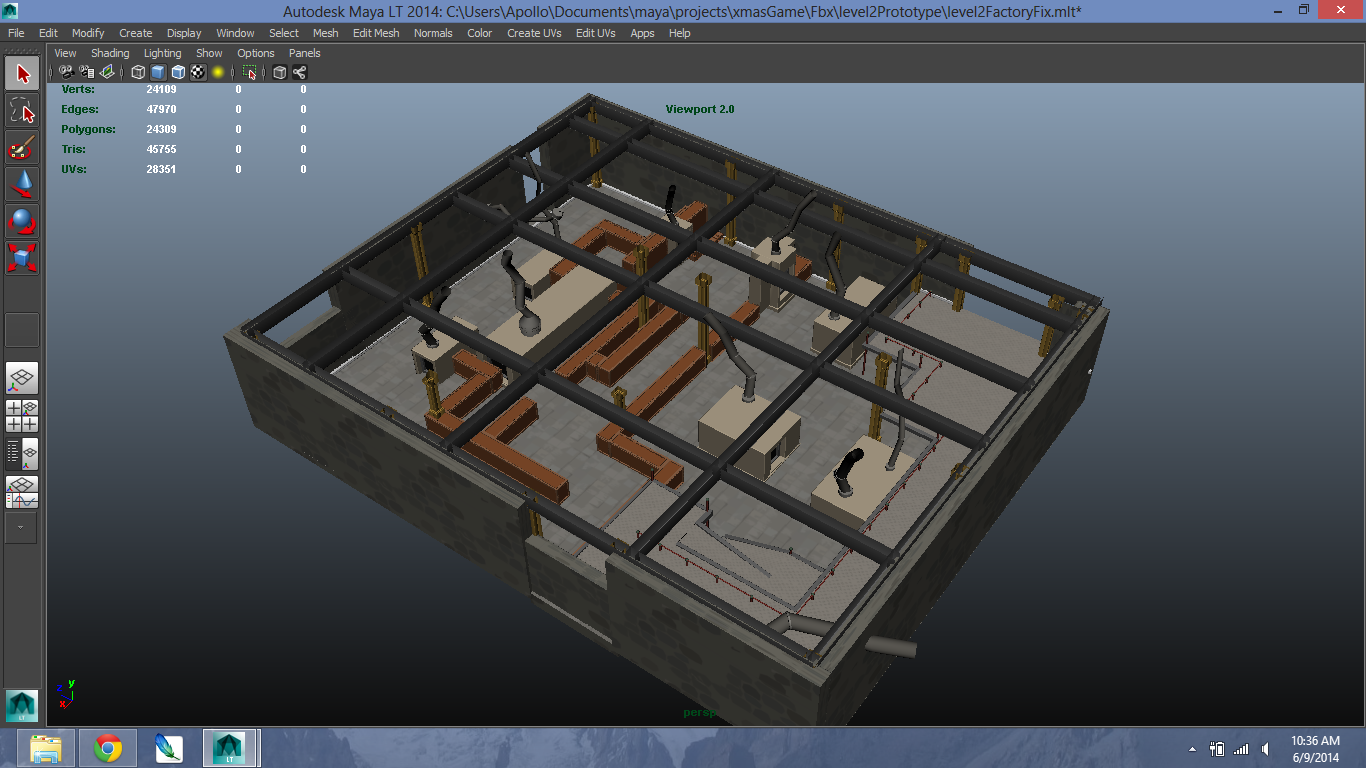 I hope the reader can see how the Give Up Games Tile Editor application that Mike created has been very useful in level design. It has increased the speed at which we can prototype levels, see what works and what doesn't, and make quick changes before a lot of time is spent to finalize a level. Theoretically, a game creator can actually make a game without too much talent with 3D applications, only using Give Up Games Tile Editor. Here is one example of how Mike prototyped the factory level without the use of Maya. (Of course, the characters that he's shooting were created in Maya.) This is an early version of the factory level, and it was changed based on playing through this prototype, and figuring out a design that we liked best.