These are the last of the characters that were based on the original elvish ideas. The Prisoner Elves try to continue the main idea of the game where the hero is an escaped slave. You will have to keep updated with the game to see what happens with these guys. Keep up to date at the "Elf Who Killed Christmas" SITE. 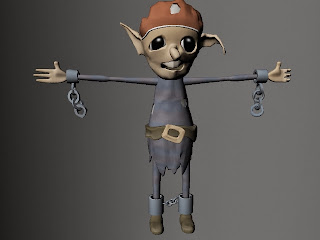 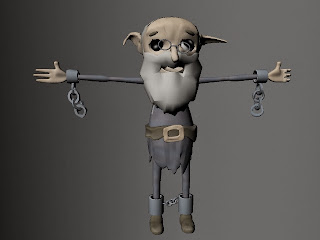 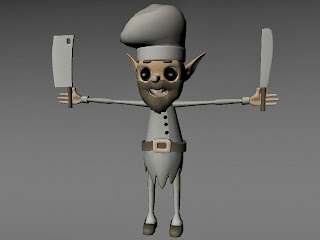 Posted by George at 5:40 AM No comments:


We wanted four basic levels for the game. We knew that we couldn't simply place the same four elf characters throughout the game; that would be too repetitive, and too boring.

As you see below, we changed the colors of the characters. Krystal Downs, when designing the characters, created a color palate that we could use for all of our game assets. I feel that players would see through that, and recognize that it would be a cheap solution, and they might feel cheated. But if we made the variations transparent enough that the player could recognize the old characters with significant variation on tools, weapons, style, it might be fun. These are some of the preliminary solutions. 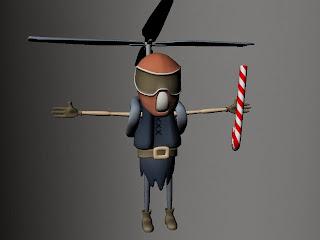 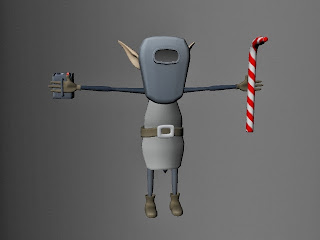 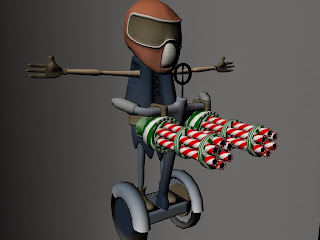 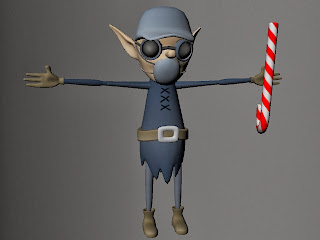 Which ones do you like best? Let us know.

Also remember that you can try the demo here.

Posted by George at 4:54 AM No comments:

After utilizing the character designs that Krystal Downs illustrated, I was able to create each of the characters. In the same way that she simply designed with variations, I also created the models with similar variations, which made the whole process that much quicker.

Once the skeletons were assigned, and the characters were rigged, I could then animate and pose the characters as needed. Again, many of the same animations were used, but you can see by the size and shape difference of the Guard Elf, many alterations had to be implemented. Also, because of the weapon wielded by the Stable Elf, other alterations still had to be designed regarding the animation. 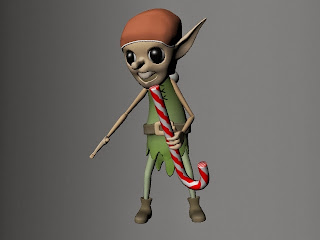 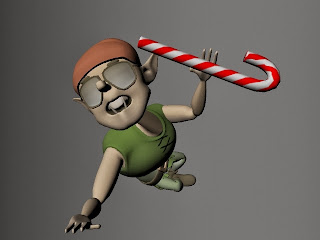 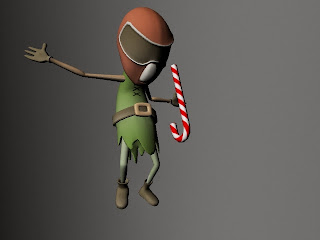 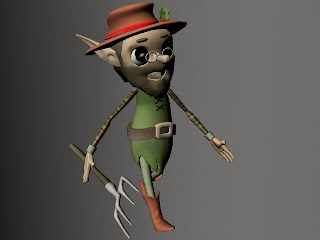 Be sure to see all these characters in action at the "Elf Who Killed Christmas" website HERE
Posted by George at 12:30 AM No comments:

You will notice in Part 1 of this post that when Krystal Downs passed her character designs to me, they are all in t-pose, with a side view. Perhaps better 3d artists could create a model out of more interesting character designs, such as the one she used for the poster. However, for speed, and ease of use, I asked her for t-pose designs, which significantly helped me, and cut out any room for interpretation. I was able to create assets for the game much quicker this way. (Copying t-pose illustrations with a side view is only a little bit more difficult than tracing.) 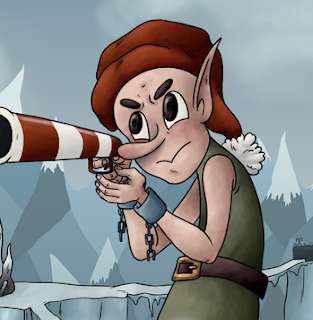 Posted by George at 4:50 AM No comments:

One huge problem that we have found in developing this game is how to populate the world. What kind of people are in this world? We've tried to stick to the concept that the hero elf is invading Santa's North Pole, so at least there are a lot of elves.

One interesting thing that you might notice from these illustrations is that the character designer, Krystal Downs, designed variations from the Main Elf. Most have the same body shape, and face, but one has a beard, another has a helmet. Only the Guard Elf is different from the others. This helped Krystal design characters quickly, and also helped me in to create the characters quickly. 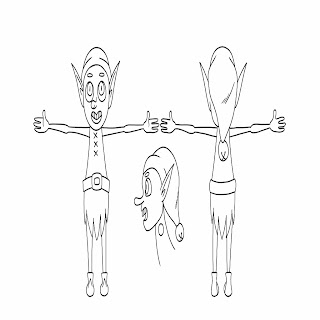 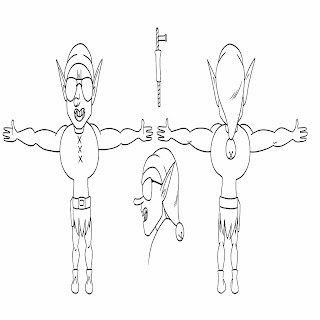 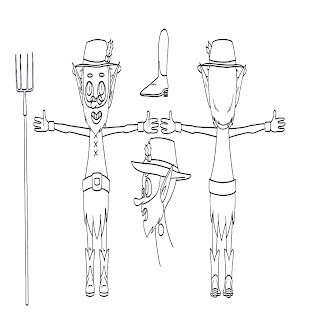 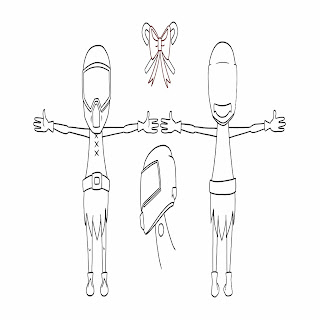 These were all great places to start, and you can see each of these four elves in the first level, which is available as a demo at:
Elf Who Killed Christmas Website

Posted by George at 8:00 AM No comments:

Posted by George at 7:37 AM No comments: