When Crystal delivered the final Santa design, she coupled it with a demon Santa version as well. We wanted to implement some sort of twist or surprise ending to The Elf Who Killed Christmas, but it was originally going to include the reveal that Santa is really a robot/ cyborg. This seemed cool and straightforward to me, and I liked it. However Mike and Crystal came to the conclusion that Santa should turn into a demon instead. 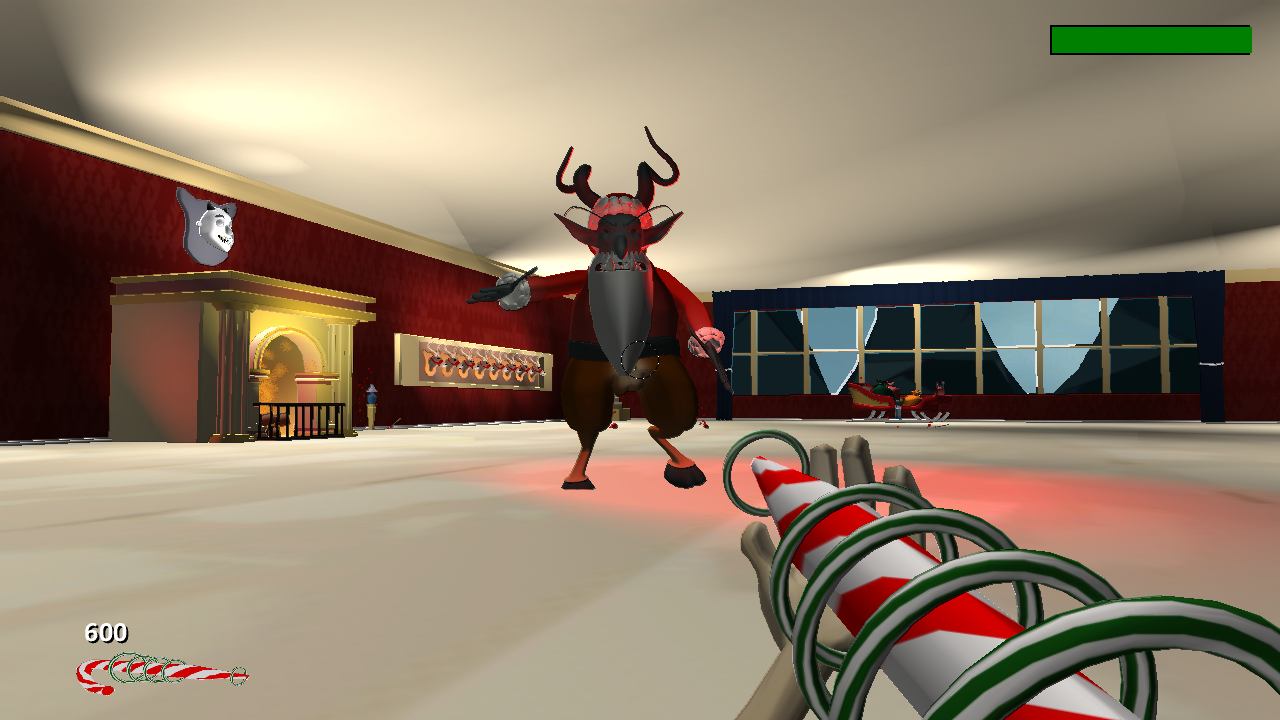 After seeing Crystal's design, I was very upset and against it. For one thing, the demon had a ridiculous tail. Certainly it looked cool, but it would be a pain to animate! Secondly, there was a big puff of fur around Santa's main, and like the Yeti, that would be difficult to deal with. Last but not least, why would Santa turn into a demon? That made no sense to me. Clearly Santa turning into a robot is much more sensible. For these reasons I refused to produce the demon Santa. 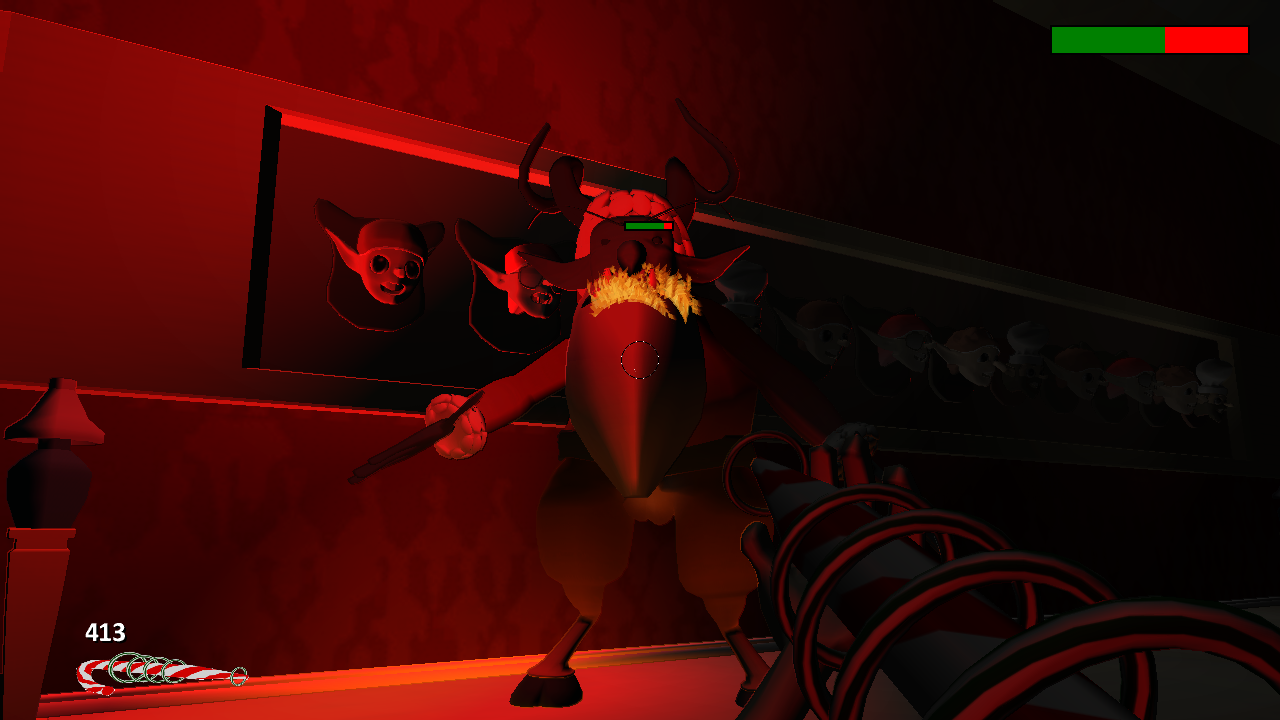 But then I did some research on my own, and learned that in some cultures, there was actually a tradition of a Christmas demon, Krampus. When I learned this I insisted that we implement Crystal's demon Santa as Krampus. Of course, they told me that this was the motivation for this demon character all along. So, Krampus would be the surprise at the end of the game. 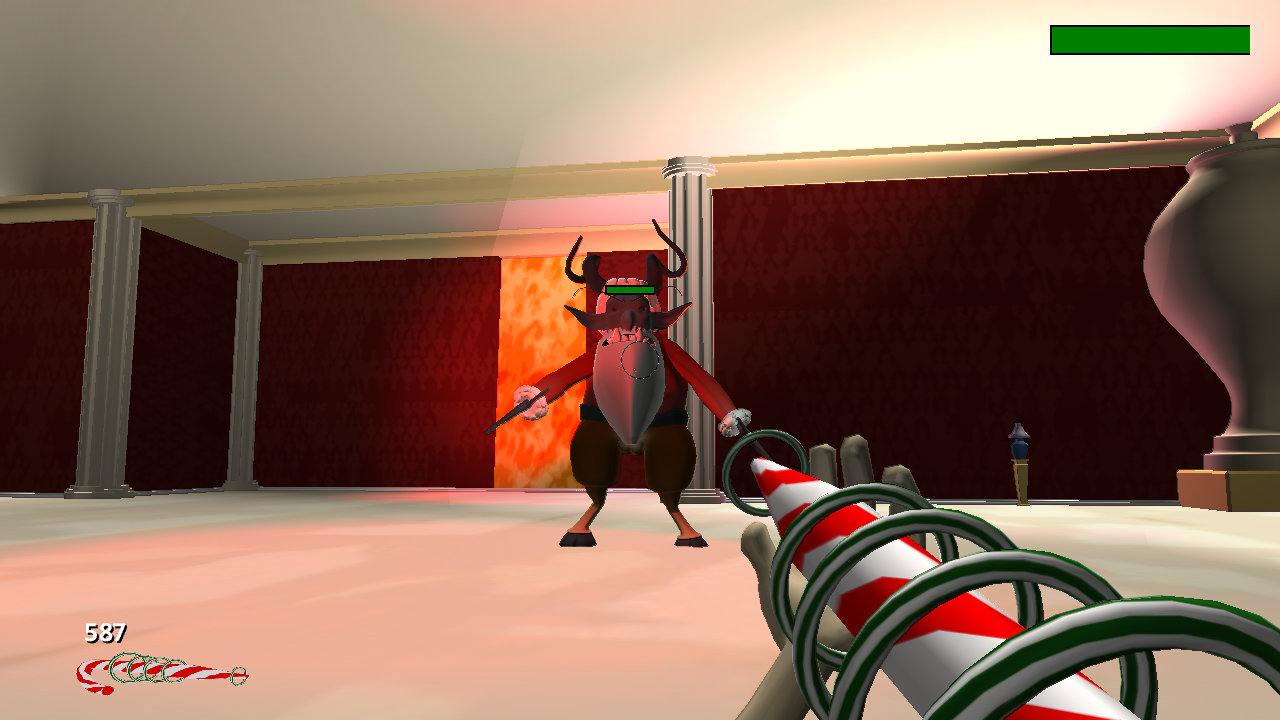 I still had to resolve the problems I described above about the character design. I decided to jettison both the tail and the mane. But that would mean that the character would look too much like the original Santa, just with goat legs and horns. I had to figure out what to add to the design to give it just a little extra something. 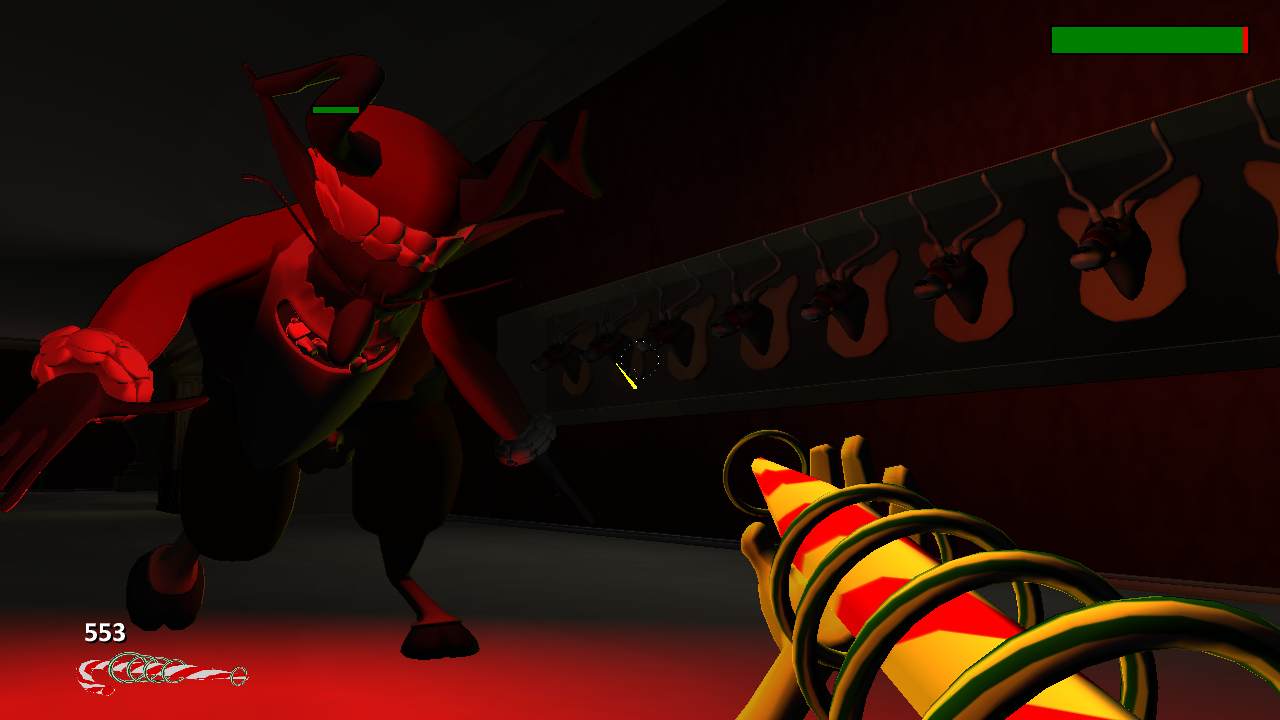 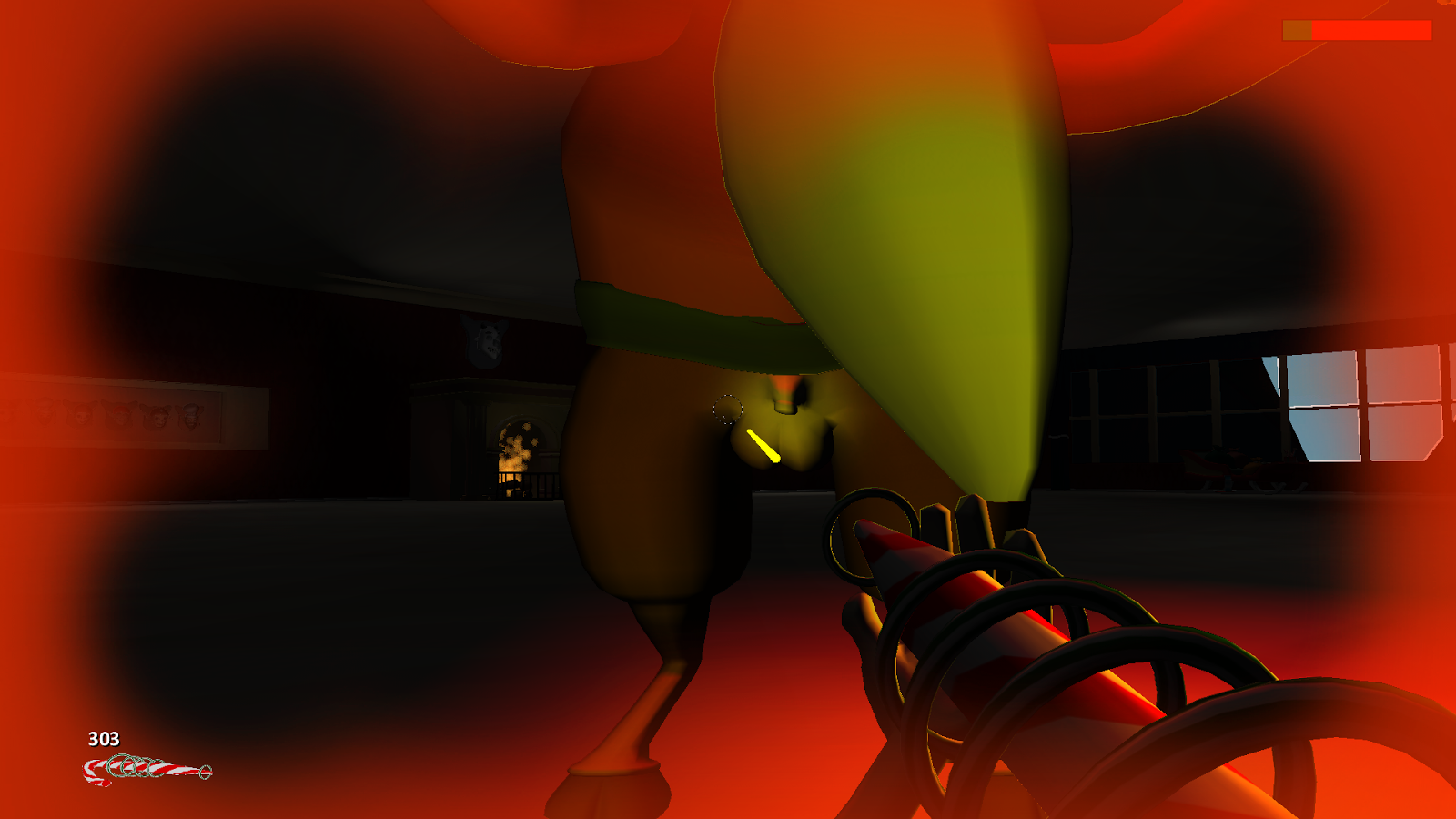