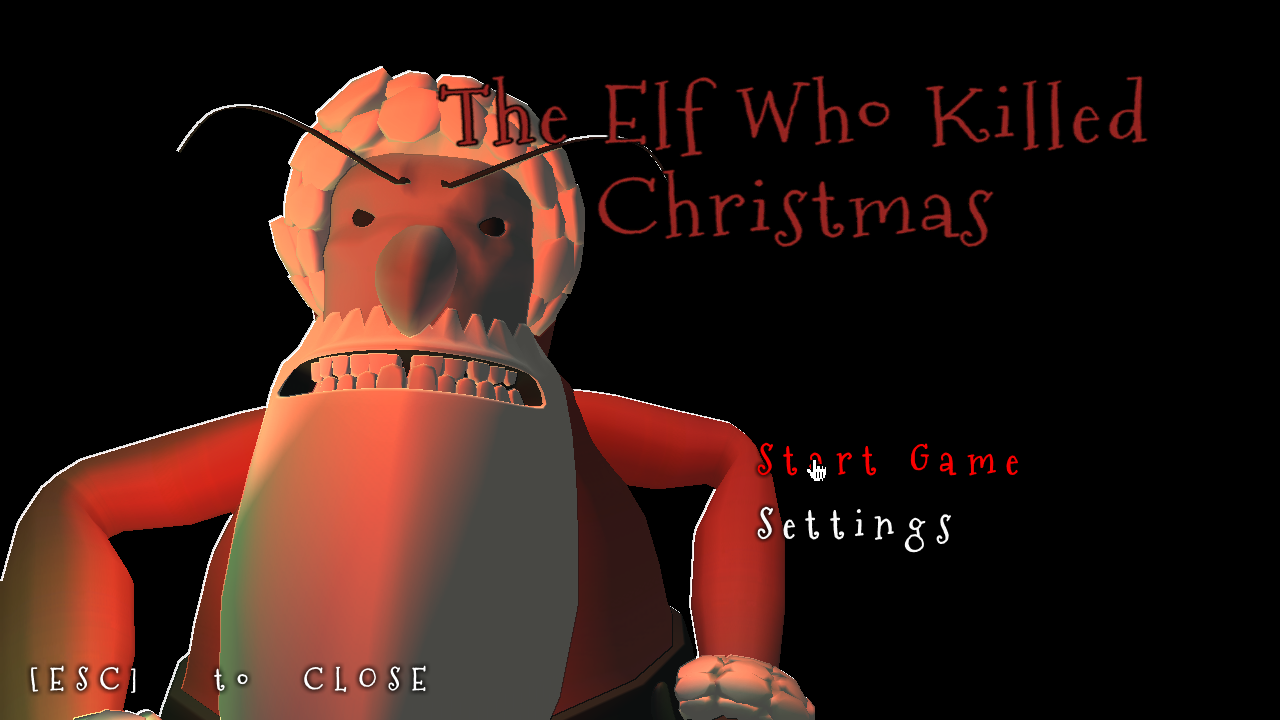 What would a Christmas themed game be without a Santa Claus?! It was clear from the start who the final big boss of The Elf Who Killed Christmas would be. It perfectly fits the subversive nature of Give Up Games that at the end, you have to shoot up and kill Santa.

The question, however, was what kind of Santa would this be? Doing the research, one can easily find lots of different Santa designs out there. I believe that Crystal, our designer, did a good job of making a Santa that we hadn't seen before.

The first thing that pops out to me is that he has no feet or legs. How would he move, then? I went for a solution whereby he would do a sort of waddle to get from place to place.

The further question is about how Santa should attack. We didn't think that giving Santa a big gun like the RoboSanta would feel right. Nor could he just throw thing like the Yeti. However, by studying Crystals design, we were better able to develop an interesting solution to the problem. 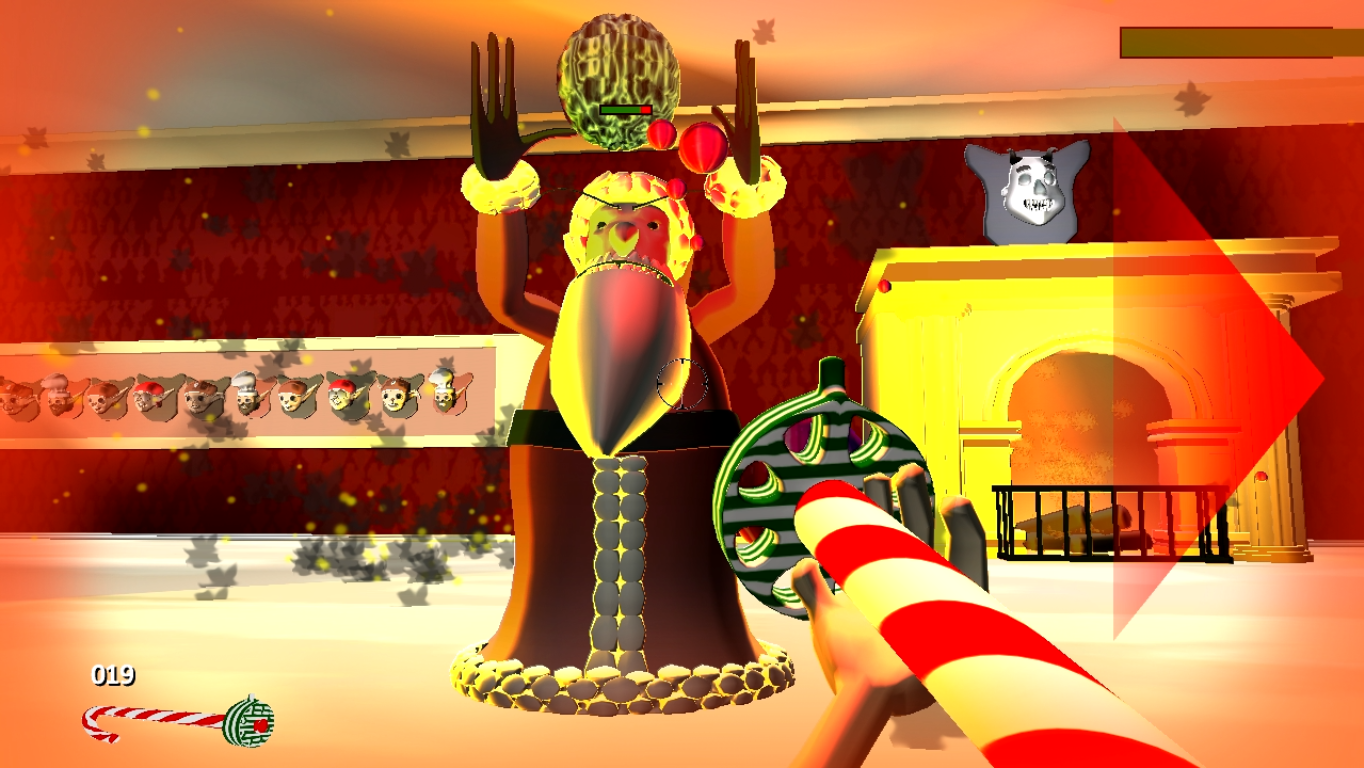 Seeing an evil wizard deep within the character's design, Santa's attacks would resemble a spellcaster. He would summon some sort of magical orb, and something would emanate from these orbs. It was a neat solution because the animation for summoning an spinning orb would not be complicated, yet it still retained the ridiculousness that we were aiming for in this game.
Posted by George at 6:17 PM