The Nutcracker boss was a feature that survived from the earliest stages of development for The Elf Who Killed Christmas. 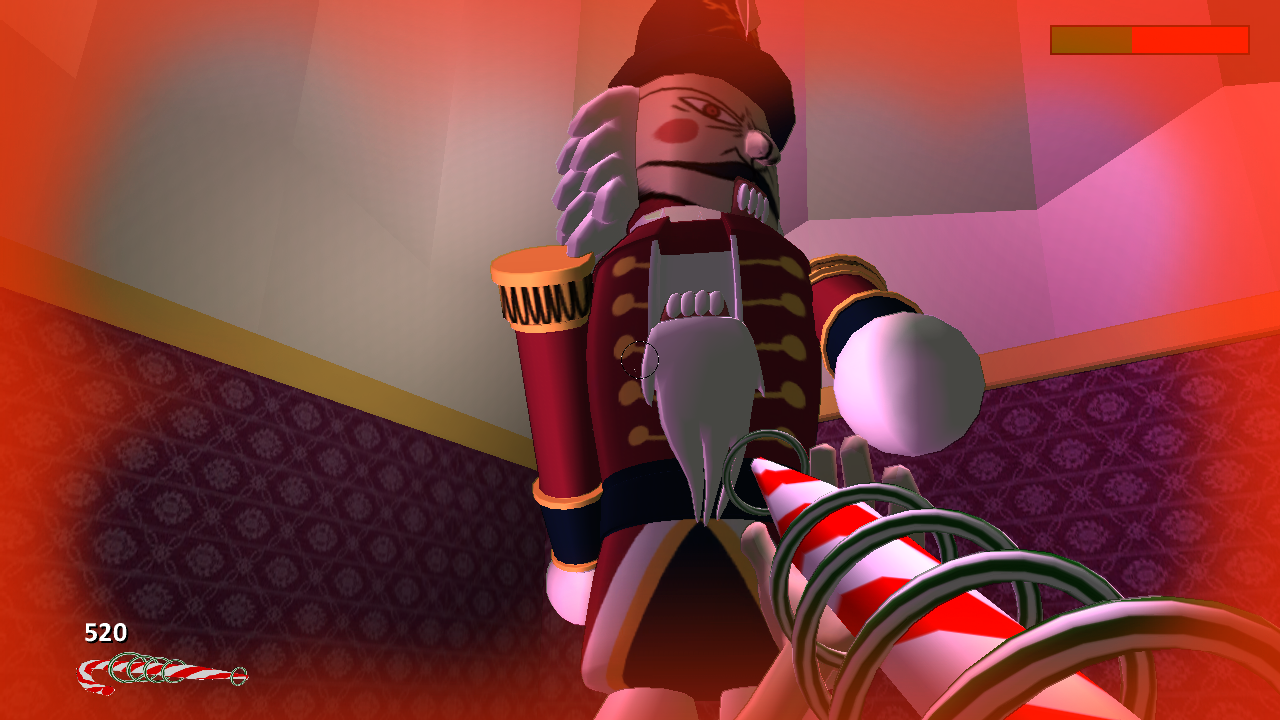 Although the design for this character was straightforward, we still wanted Crystal to lend some originality to the character. I feel she really did this in the face. 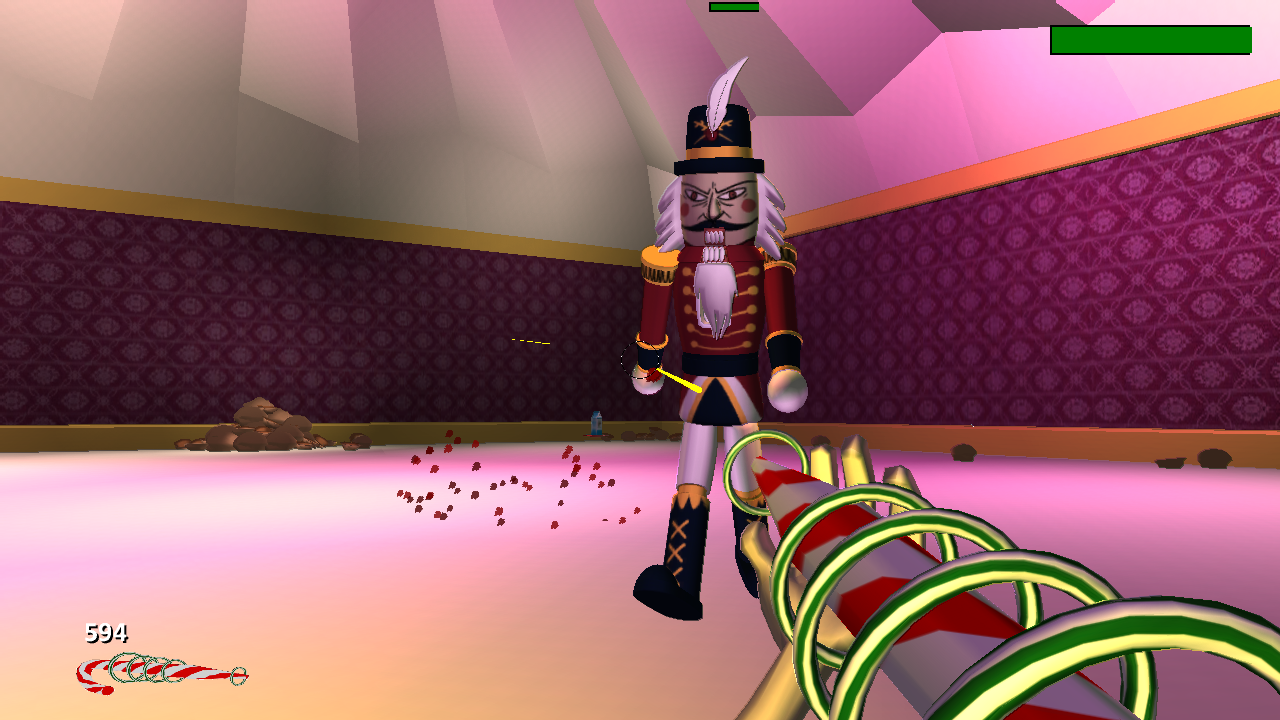 The other problem to solve was how the Nutcracker would attack. Given the nature of his character, it seemed clear that he would attack with some nuts. However, what would his other attacks be? It seemed that much more challenging to solve since his limbs didn't have any joints at the elbows it knees. Well, where did he have joints? 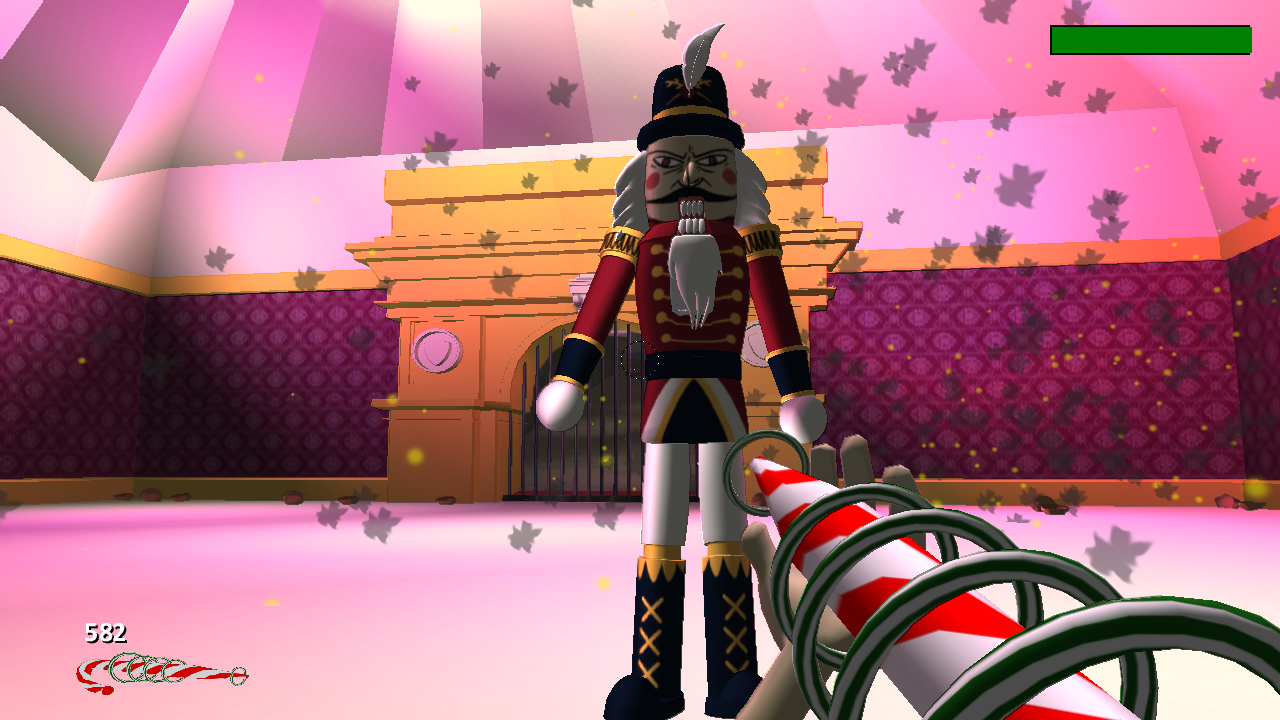 One way to solve this problem was to realize that he was a toy. As a toy, he could therefore do things that other characters could not do, such as spin his arms, legs, head, and torso. I just went crazy with those ideas, and so we have the animations and attacks for the Nutcracker. 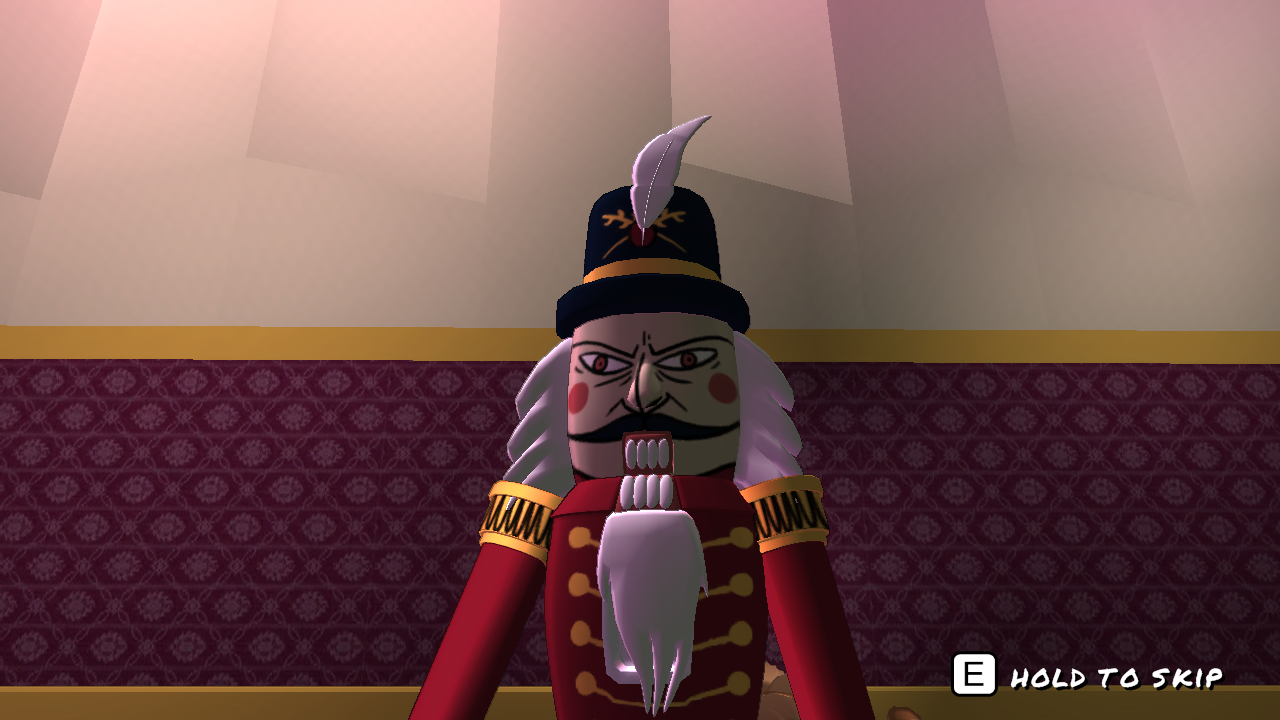