The Yeti was the choice for a boss at the end of the mountain level of The Elf Who Killed Christmas. This is despite the notion that the Yeti has no real connection to Christmas. (That not withstanding, I do recall one of those classic Christmas animations that featured some kind of abominable snowman.) 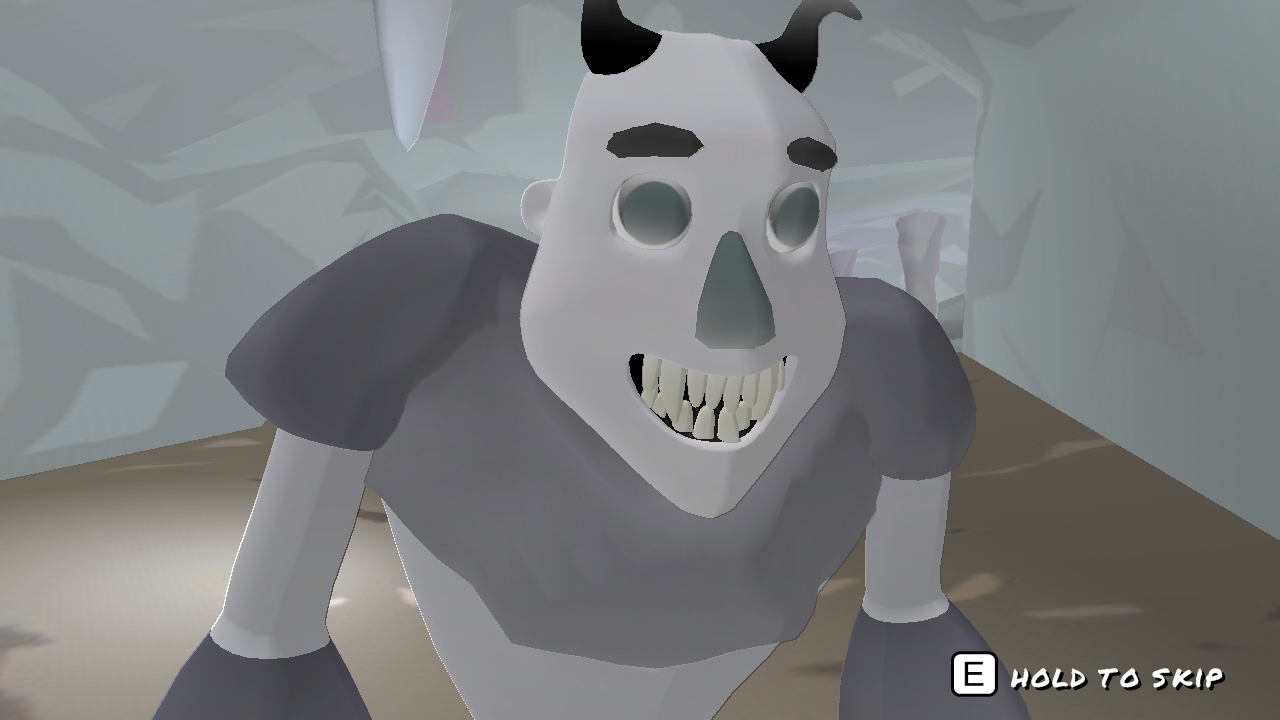 Just like that old stop-motion classic, we wanted our Yeti to have a certain goofiness to him, with the idea that he isn't really evil; its just that he doesn't know any better and does what he's told. 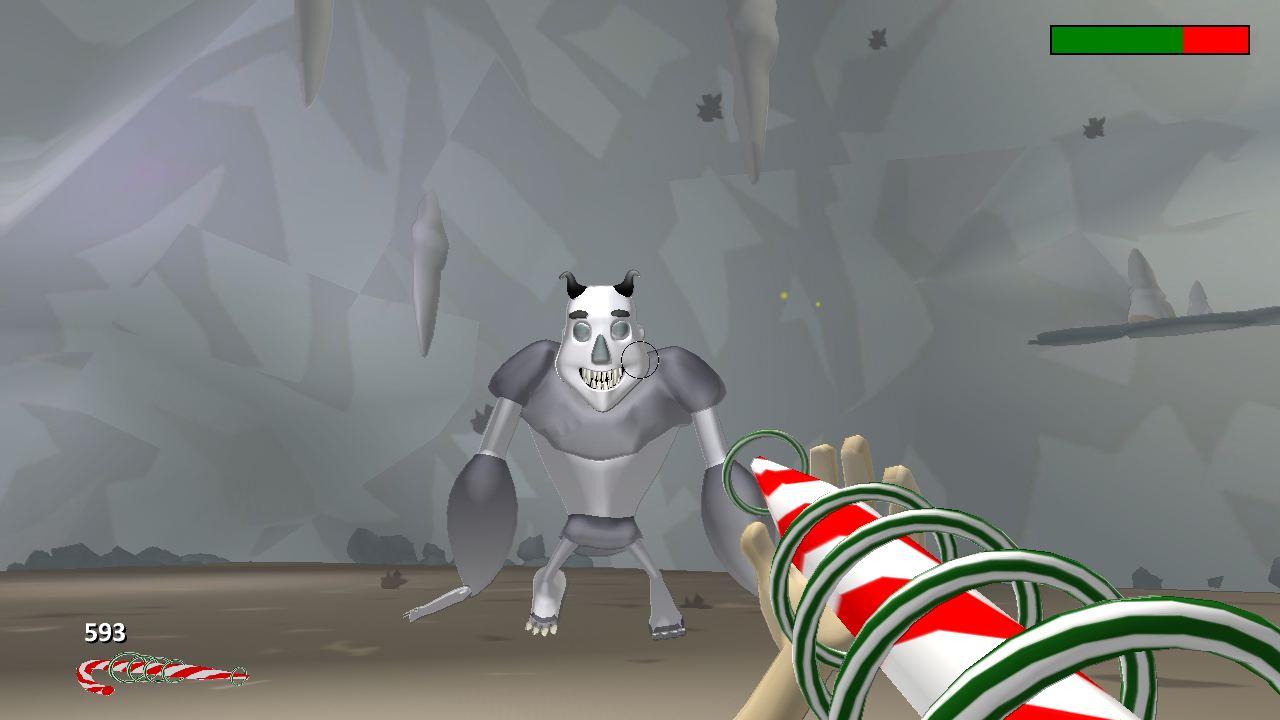 Crystal did a fabulous job with this character. One thing that was a challenge regarding her design, however, is that how these large offs of fur would work around his shoulders and pelvis. I had to do what I could, and really just let the software do the work. Its probably not the most beautiful solution, but it works. Knowing what I do now, I might do things a bit differently if I could change it. 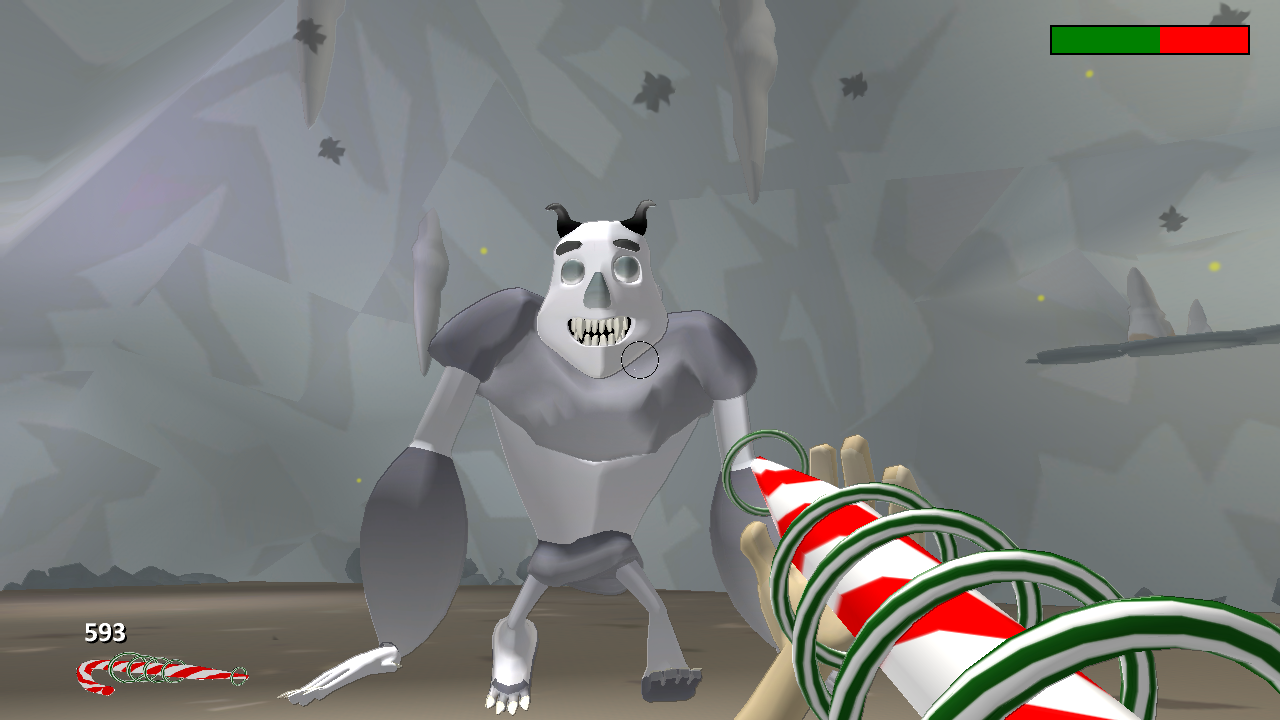 Being a big mountain monster, it seems obvious that his attacks should be big muscled attacks, like throwing things and swiping his arms. However, somewhere early in the game's development, we decided that we wanted all the villains, including Santa Claus himself, to be robots/ cyborgs. This decision did not last through to the final version I the game, but certain elements of that theme did survive. For instance, the Yeti shoots lazers out of his eyes. This really only makes sense if he is a robot/ cyborg. I'm not sure what he ultimately is, but he still shoots lazers out of his eyes. 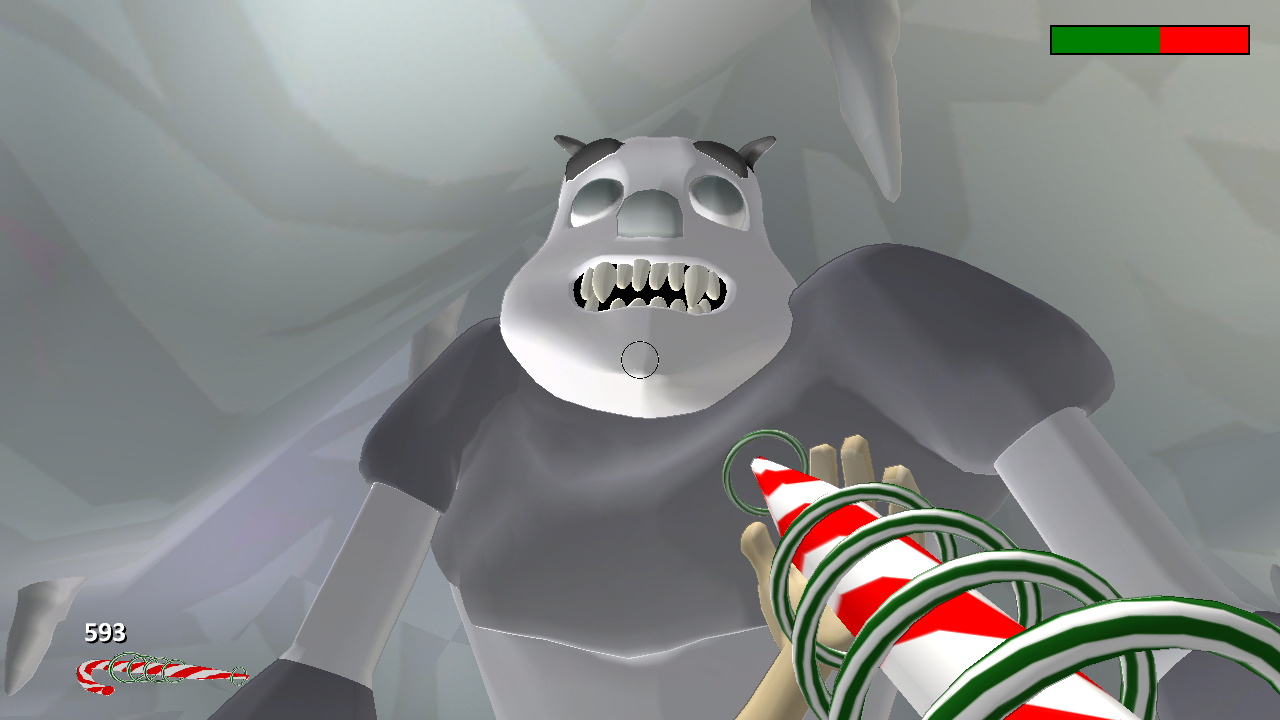 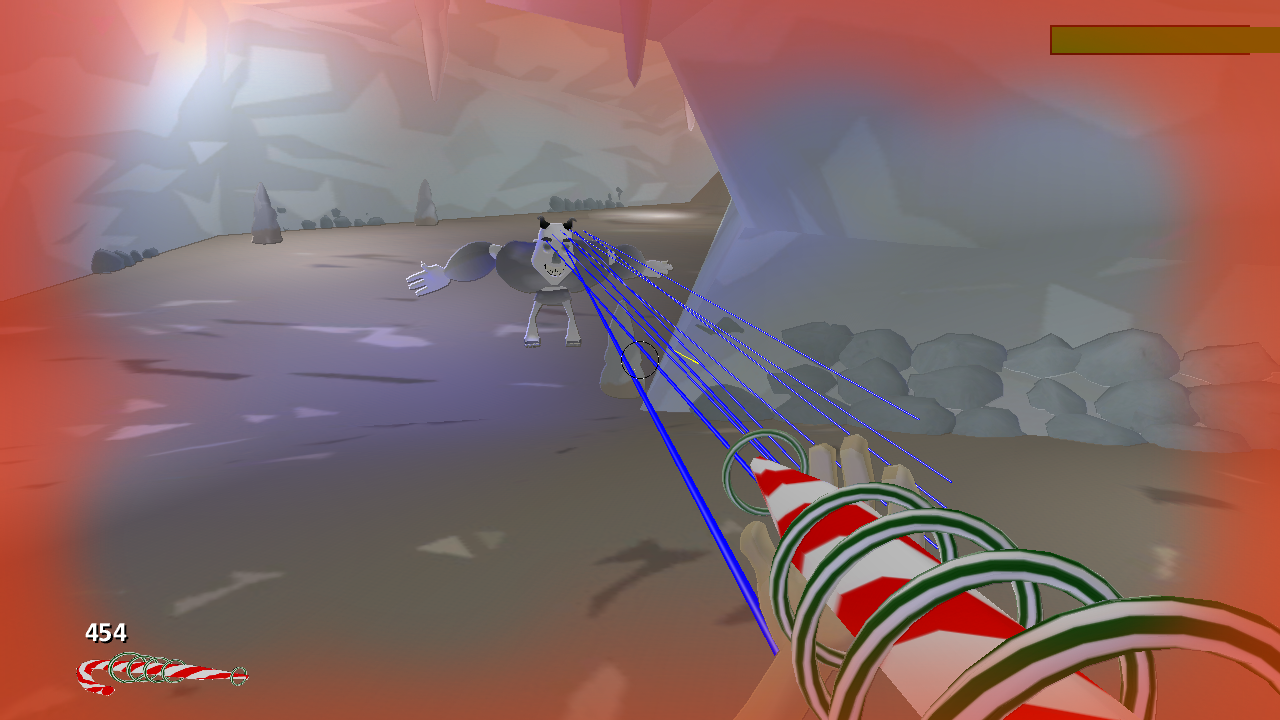