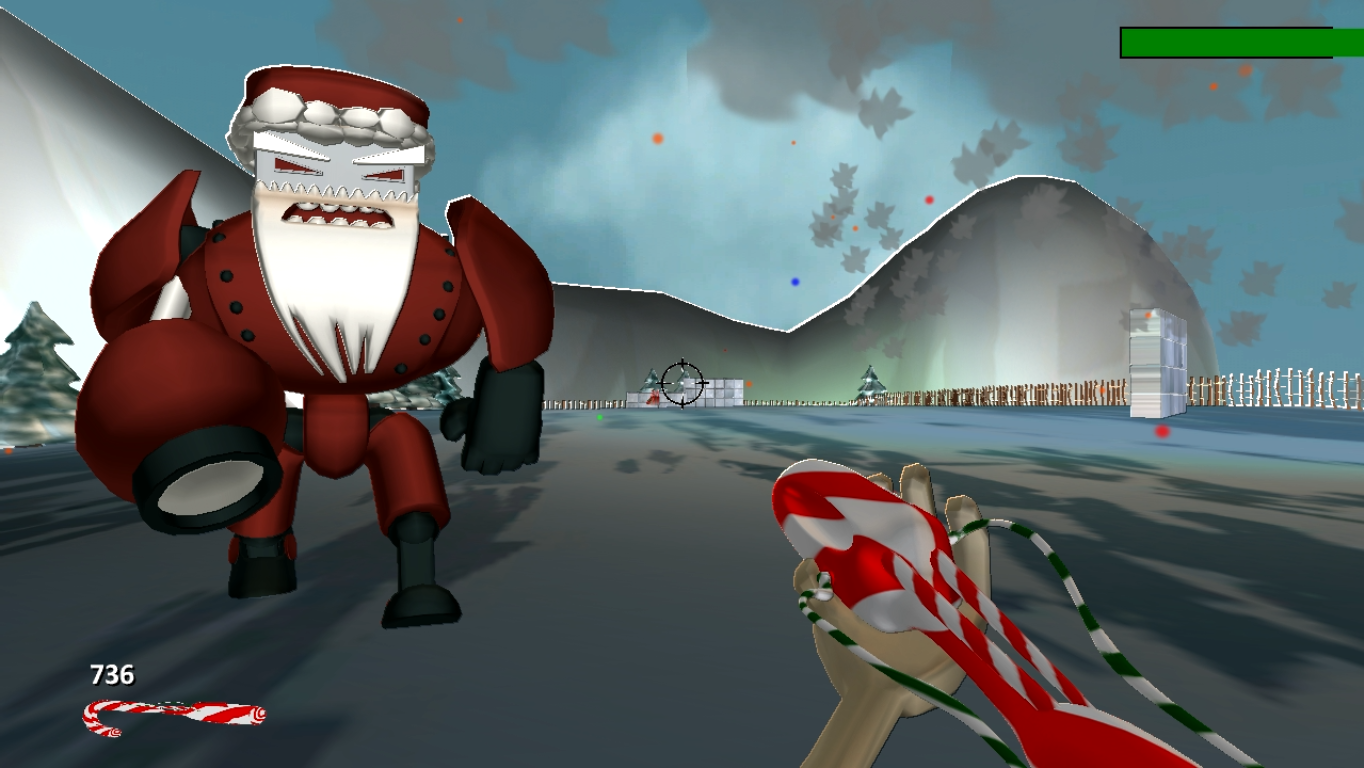 The robot theme has remained in the Elf Who Killed Christmas from the beginning of development. We had originally planned for a sort of twist ending whereby Santa and every other enemy in the game turns out to be a robot. Elements of this theme are most obviously found in the character of the RoboSanta. (Other places this theme survives are in the Yeti boss; where do his lazer eyes come from?) 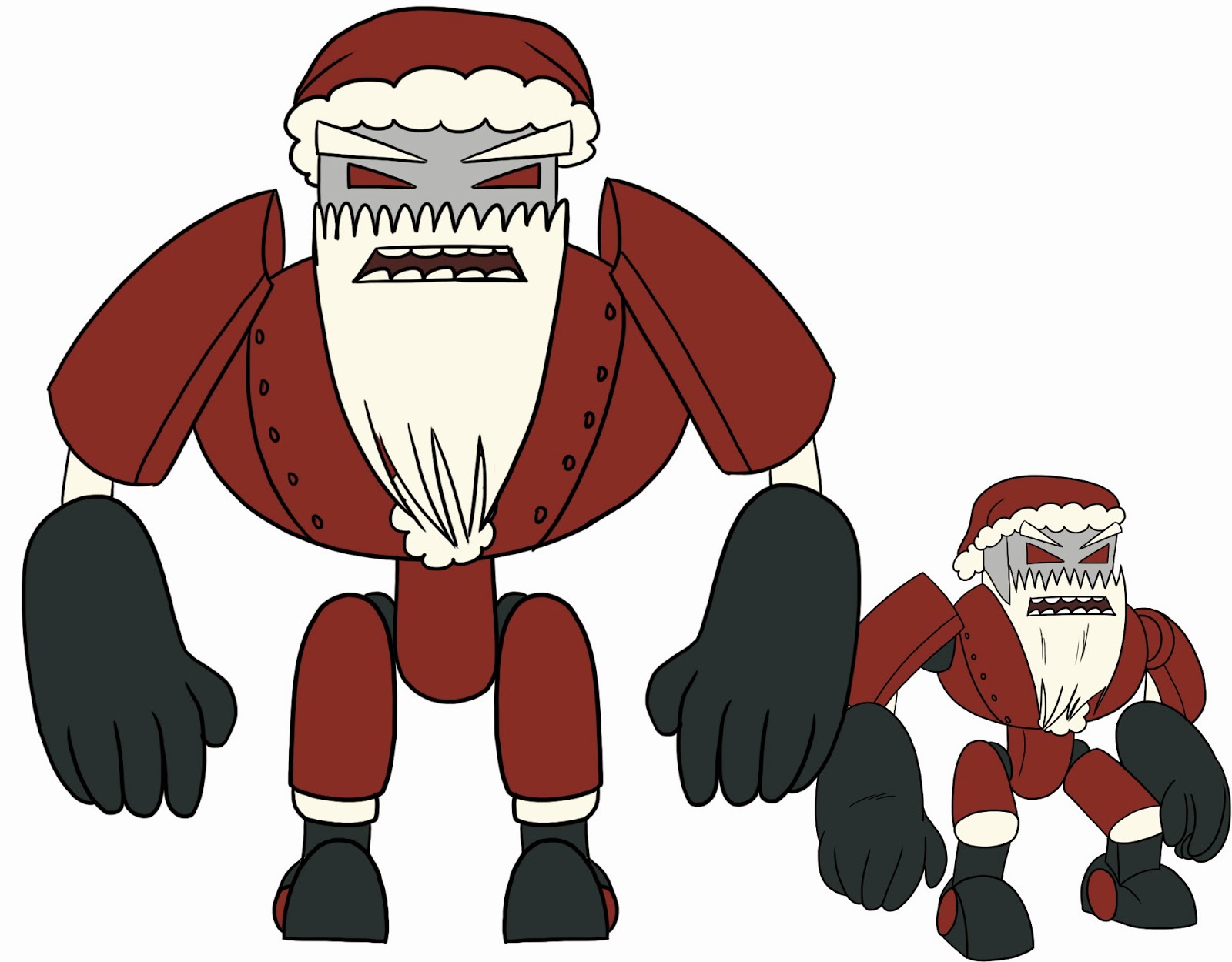 Unlike the Nutcracker boss where there is really only one dominant design to follow, there seem to be a million different places Crystal could have gone for a robotized version of Santa Claus. We were quite happy with the final character design that Crystal delivered for the RoboSanta. It follows a similar theme as the logo for Give Up Games.

But even after the character is designed, we still had to decide how the villain would attack. We decided early on that the bosses for the game should have at least three different kinds of attacks. It wasn't obvious at all how this giant robot should attack. We went a little cheap and recycled the blazer eyes from the Yeti. However I think we went over the top by making him breathe fire, and changing Crystal's design to switch out one of his arms for a cannon.
Posted by George at 5:16 AM